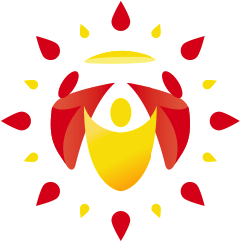 International Folk Festival – Contest in Catalonia «FOLK FESTIVAL IN CATALONIA» (Folklore of Catalonia) – promotes the preservation and promotion of national traditions, ethnic culture of different nationalities, the strengthening of inter-ethnic relations. International «Folk Festival in Catalonia» – is a cultural event aimed at promoting peace, friendship, fraternity and solidarity of people of the world, through the folk arts of dance and music, through the rich traditions and revered folk standards of self-expression and communication.

Speaking the language of imagination and creativity, the representatives of different nations of the world meet and share the most intimate: the creation of cultural and artistic expressions that were outlined their old customs. It helps them through the participation and creativity of language, to pave the way to new forms of communication. Because we all know that the language of art removes all the barriers: cultural, social, economic and others, leaving the level of communication free. The festival is held by the Spanish festival committee Fiestalonia Milenio together with the Municipality of Lloret de Mar (Spain, Costa Brava) and starts with a great parade of peace and friendship in the walls of City Hall.

Artists of the following genres are invited

Find out more detailed information about this Festival >>>

Any cookies that may not be particularly necessary for the website to function and is used specifically to collect user personal data via analytics, ads, other embedded contents are termed as non-necessary cookies. It is mandatory to procure user consent prior to running these cookies on your website.